The Arizona Diamondbacks are coming off of one of the best records in the League. Beating the LA Dodgers this past series has really pushed the D-Backs to the next level. Although they have been losing pitchers from injuries as of lately, the team still currently has a 21-8 record. Winning 21 games and losing just 8 games with an AMAZING start to the season. The Diamondbacks are now one of the premiere baseball teams in the Major League just like Luxx Club in Phoenix across the way.

The only way is up for the team and we are all celebrating their wins at Luxx Nightclub in Downtown Phoenix. Club Luxx is one of the best new clubs in Downtown Phoenix, playing New Hip-Hop & Pop. The night fusion of the Phoenix nightlife brings the crowd with excitement from a Diamondbacks win. Every Friday from 10:00pm – 2:00am at Club Luxx is offering to anyone who is wearing a D-Backs jersey and who brings their ticket stub from the game, a FREE entry. Club Luxx is currently located at: 136 Washington St, Phoenix, AZ 85004 on Washington Street in Phoenix, Arizona.

So stop by Club Luxx after an Arizona Diamondbacks game, just bring your ticket stub and make sure you are wearing a Diamondbacks jersey and you will get FREE admission. 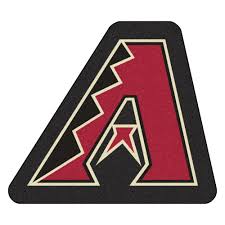 This week with Surge Night in Downtown Phoenix

This week with Surge Nights March 2nd. Check out the best nightclub events happening this weekend in Downtown Phoenix. Mixing the hottest HipHop, Latin and Top 40 music. Don't forget to text SURGE to 64600 to get on the guest-list and get in free. For questions or...

Do’s and Don’ts for a Classy Look

“Always classy, never trashy,” that’s how the phrase goes. But, as women of the millennial era, you can be whoever the f*** you want to be! However, if you are trying to add some class to your fits, Instagram is a great place to get some inspiration. Of course, social...

ATTENTION! To all EDC fanatics and devotees or even if you're just a music festival lover. There is big news! The EDC setlist has finally arrived! Over the weekend EDC Las Vegas released the lineup for the 2020 festival. You can catch huge headliners like The...